Hemp can – and is – changing the landscape of American farming

If you are looking for feminized hemp seeds for sale that are low-THC, high-CBD strains, then look no further than Lindorea hemp seeds. Continue below to discover this high-CBD strain hemp seed variety brought to you by CW Hemp Supply Co. 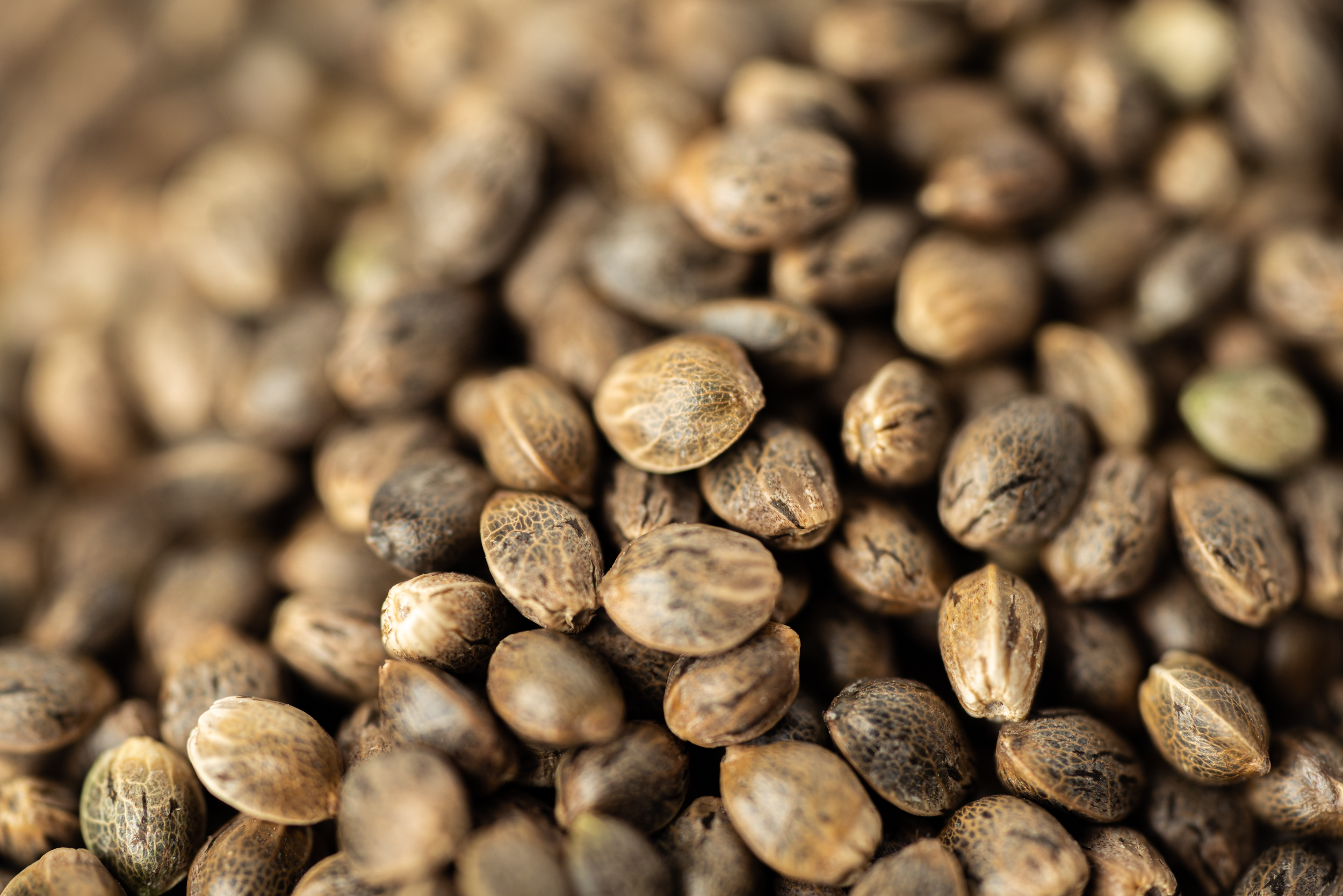 This hemp seed is a robust variety with melon, bubble gum and citrus aromas.

CW Hemp Supply Co. doesn’t simply offer hemp seeds for sale, it is committed to raising the integrity, credibility and reputation of the hemp industry. We welcome you to join our mission by growing the highest quality hemp available today. 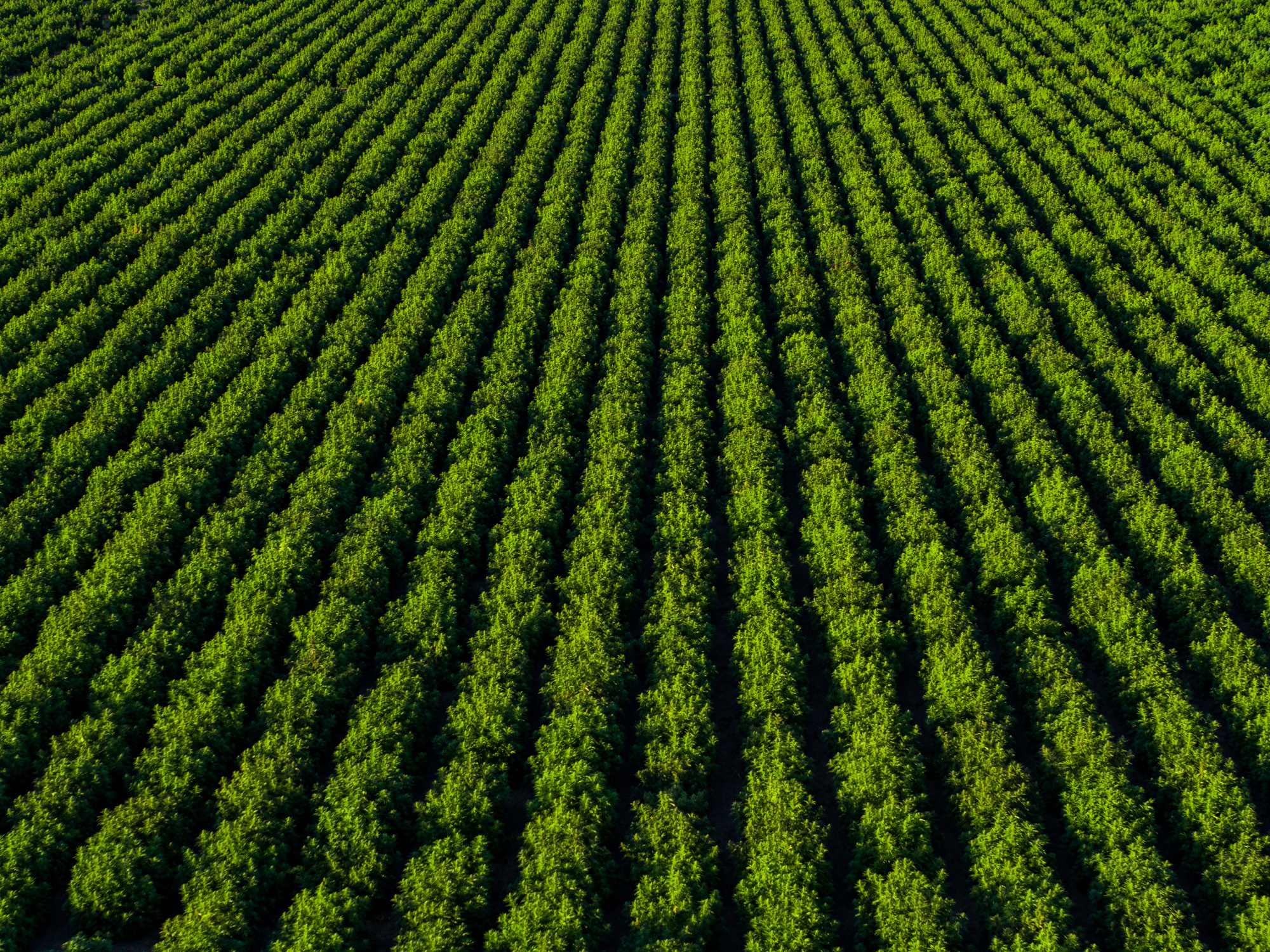 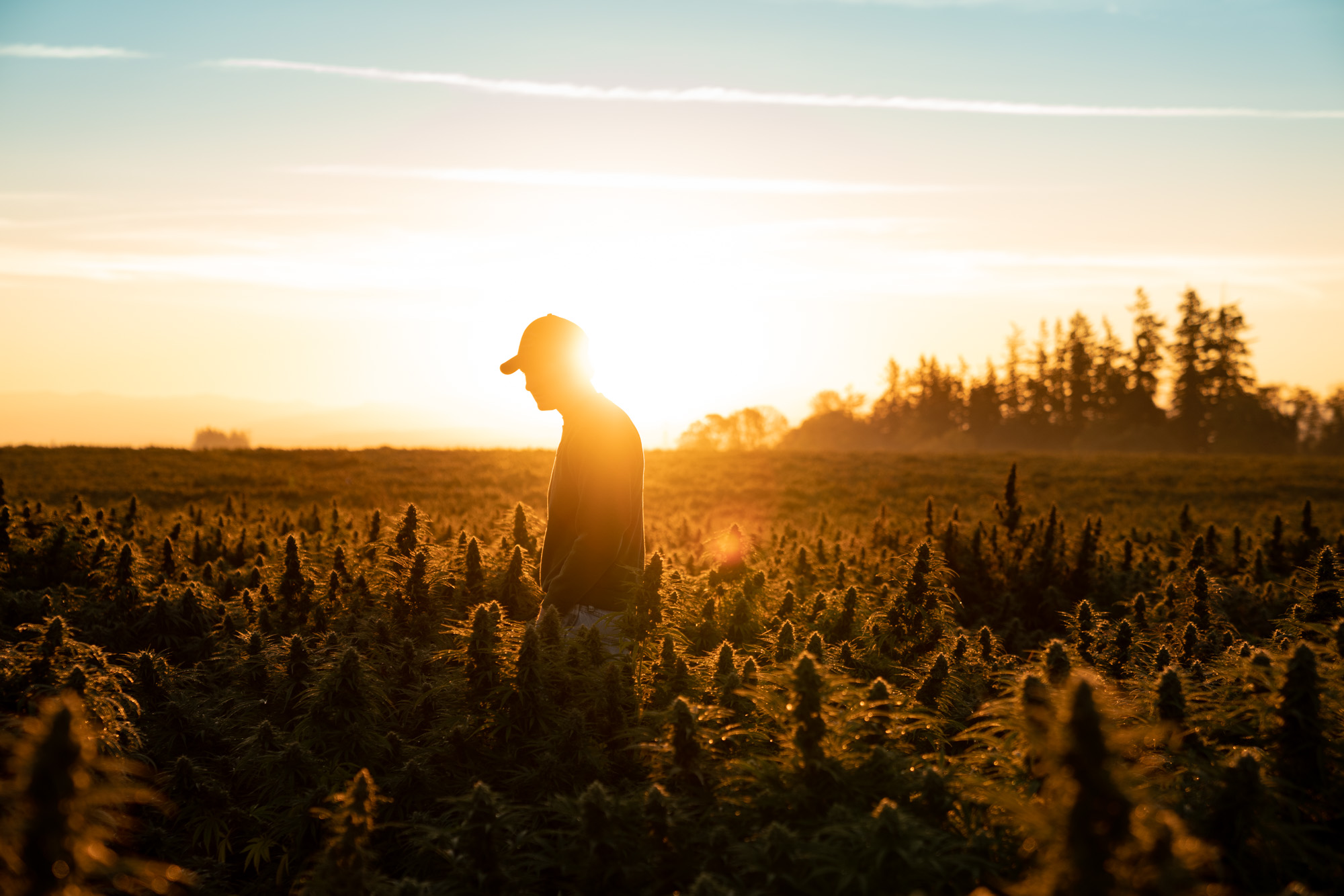 "In my five years of hemp-growing experience, Lindorea is the best hemp genetic I have ever grown. The per-acre production yield is incredible, while the plants show good structure, vigor, resistance, and consistency. The potency development is also consistent and predictable, allowing farmers to harvest the plants at an optimal potency with limited risk of testing above 0.3%. For a later-maturing genetic, Lindorea is second-to-none."
- Brian Luftman, American Farm Investors (Kentucky) 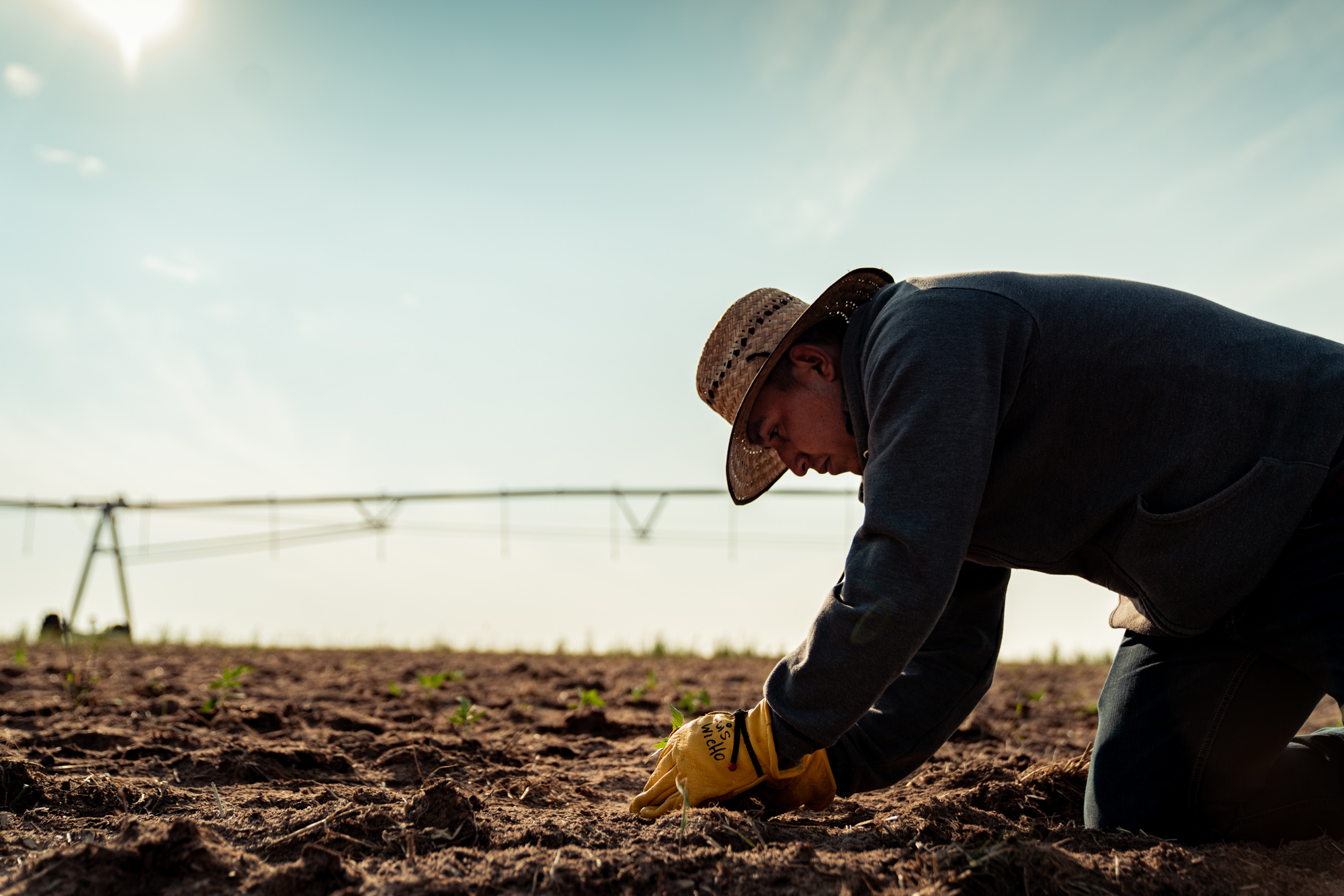 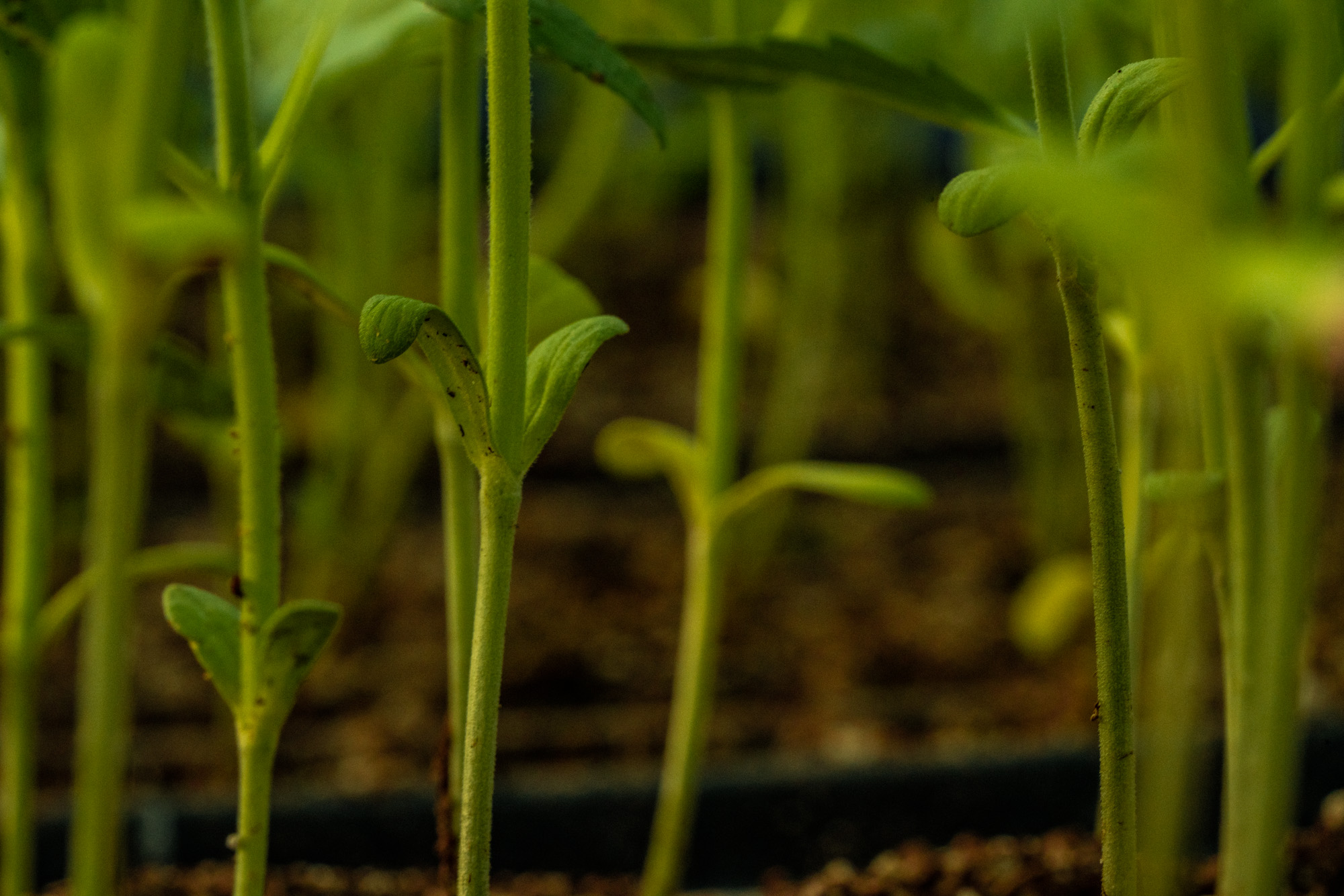 “Lindorea is vigorous and strong from germination to harvest. She has large heavy flowers that yield huge crops of consistent product with exceptional resistance to diseases. Lindorea is capable of being planted May through July and will produce a superior product in the marketplace.”
- Scott Essex, Bluegrass Organic Hemp (Kentucky) 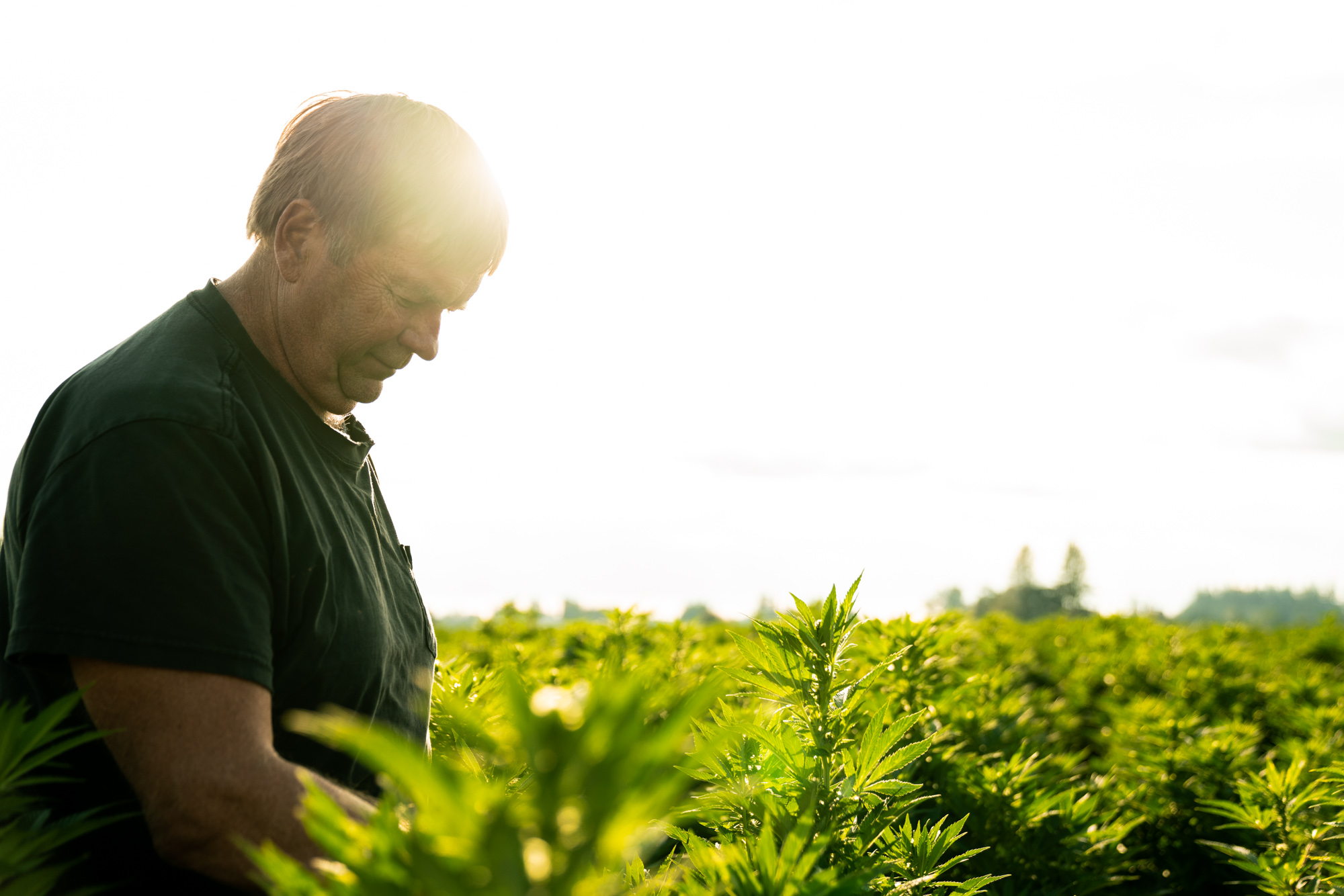 In 2016, the CW Hemp Breeding Division launched a pilot program with American farmers to identify the qualities they wish to see in a hemp variety. Lindorea hemp seeds were developed to address these concerns, yielding robust, vigorous hemp plants that flourish in wet and dry climates. 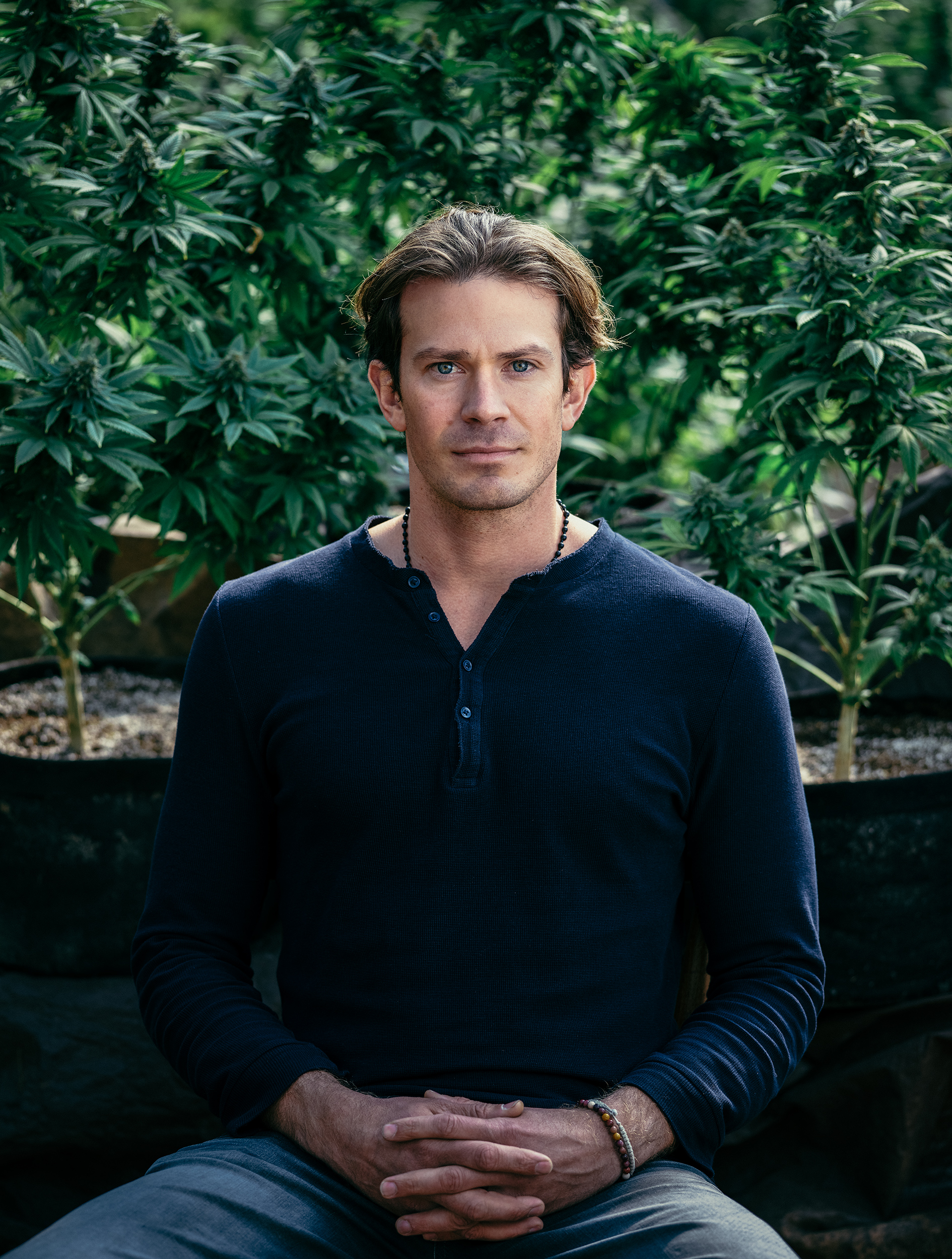 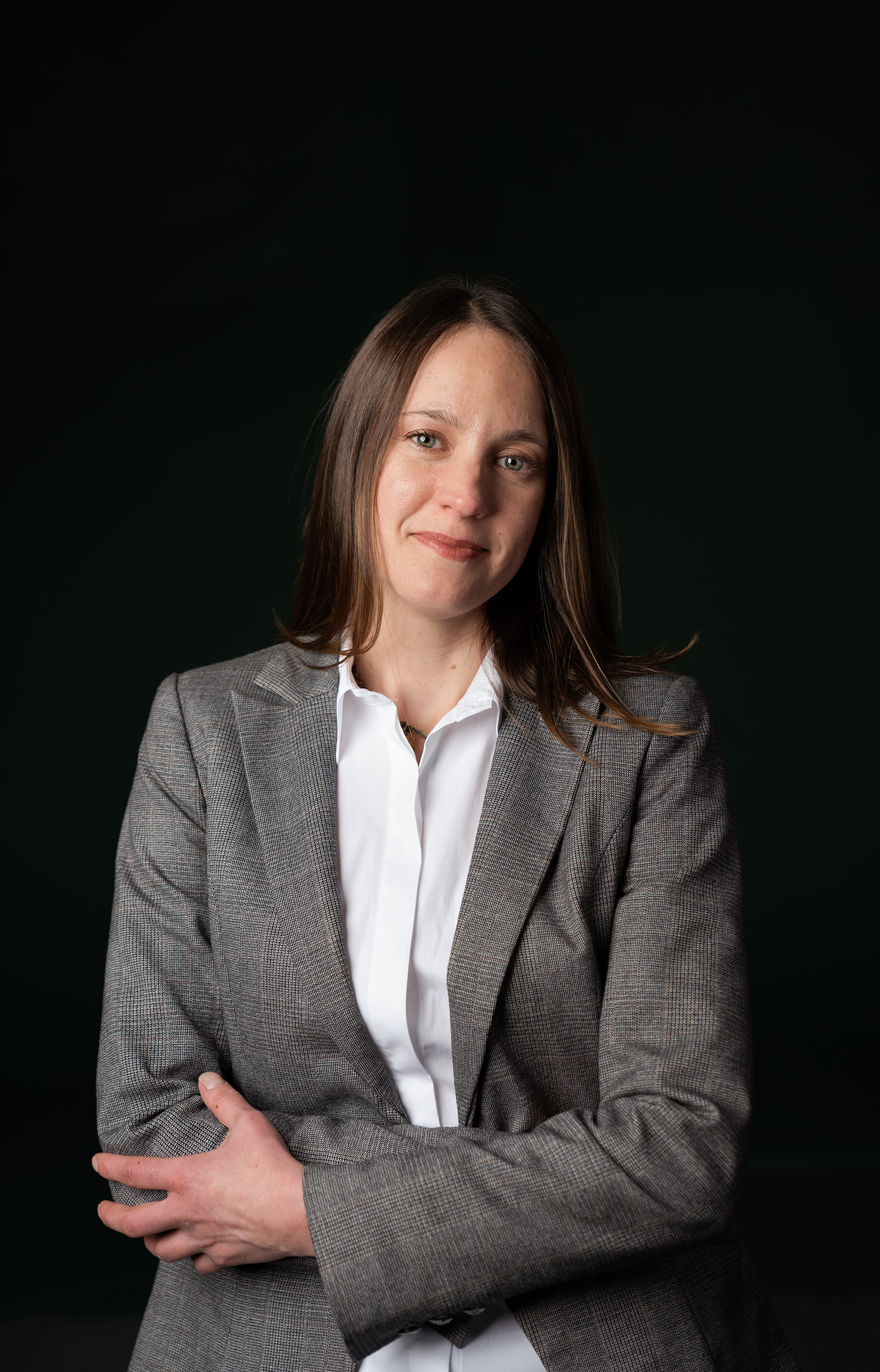 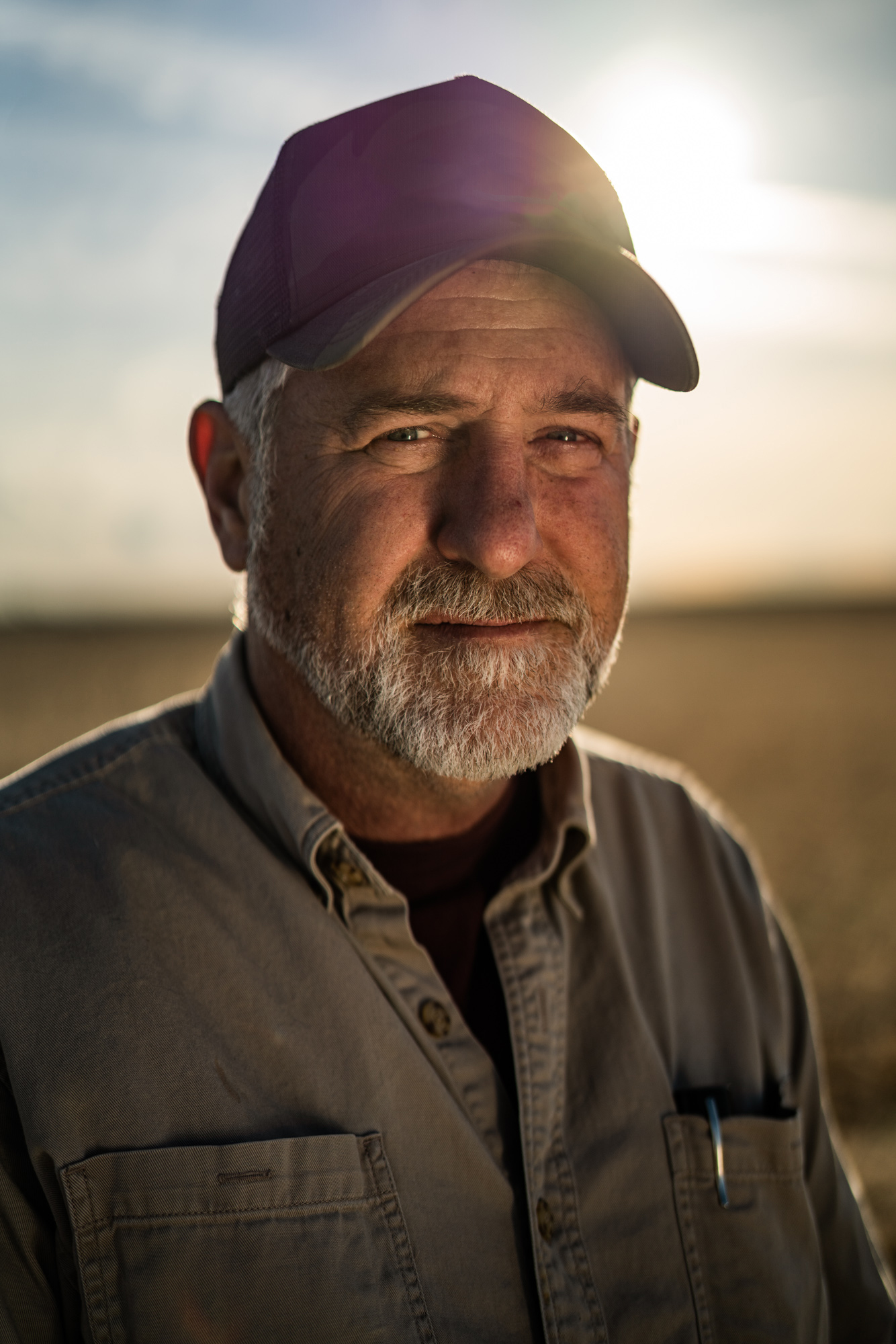 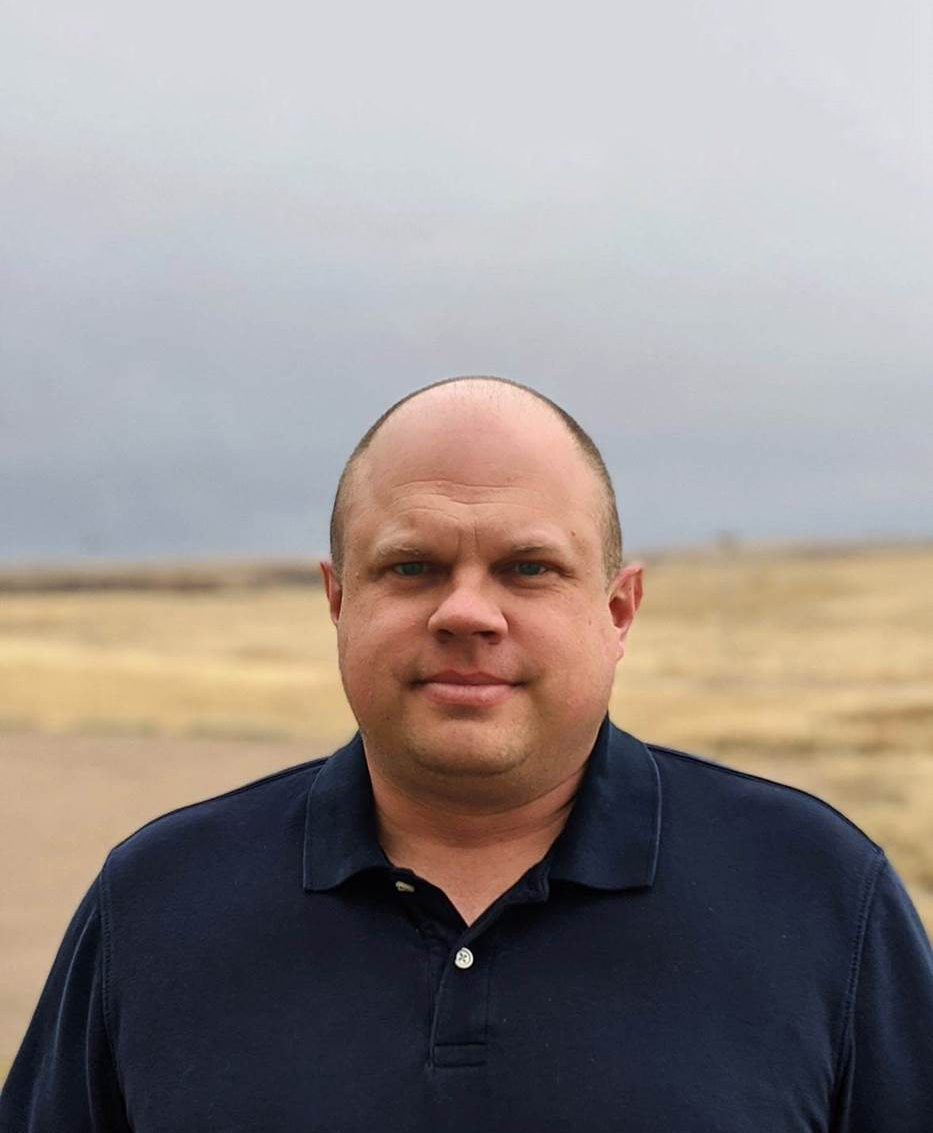 He is considered an expert in creating scalable and consistent hemp raw material supply systems. This experience laid the foundation to launch the first commercial cultivation endeavor for Charlotte’s Web when the company made history in planting one of the first hemp crops on United States soil under modern irrigation in 2014. This crop yielded more than four times its projections and was the catalyst of the company’s success, ending a customer waiting list to access Charlotte’s Web products and creating a vertical integrated raw material supply to launch new product development of consumer products.

K. Bear Reel is the Senior Director of Cultivation R&D for Charlotte’s Web Inc., the market leader for high quality hemp derived CBD extracts. As a certified herbalist with extensive knowledge and education in plant science, Ms. Reel began her career as a plant molecular biologist obtaining a higher education degree in plant molecular biology from Appalachian State University, then seeking a degree in quantitative genetics from UC Davis.

While at Charlotte’s Web, Ms. Reel established a new division where she drives the company’s plant breeding strategies, creation of new hemp varieties, seed production efforts, and integrating molecular technologies. She oversees a growing team of scientific minds and seed producers, while engaging directly with hemp farmers and growers across the country. She is most excited about researching hemp’s underlying genetic mechanisms of phytochemical profile expression and the subsequent applications for human health. Ms. Reel has been in the hemp industry since 2014 and has intimate knowledge of hemp regulations, tissue culture, cultivation practices, extraction techniques, and cGMP compliance. Today she works most closely with generating high CBD hybrid varieties of feminized seed for the US hemp industry.

Ray Sitorius is the Senior Director of Cultivation Operations at Charlotte’s Web Inc. Ray has been involved in agriculture from early childhood until the present. Ray grew up on the family farm in rural central Nebraska, learning from his dad and other family members about various crops, livestock, and work ethics. Ray has been a Certified Crop Advisor and has worked with many different farming operations. Ray was a member of the US Hemp Farming Alliance and is on committees to further aid the hemp industry. Ray has worked with many different soils and growing conditions, bringing over half a lifetime of experience in growing plants to the table. Ray has grown corn, alfalfa, oats, rye, soybeans, wheat, sorghum, and millet, along with a few minor cover crops.

Ray has been instrumental in transitioning Charlotte’s Web to the organic method of farming, utilizing cover crops and other methods to feed the soil and keep the soil healthy. Ray brings innovative ideas for planting, growing, and harvesting by helping design and introduce first of its kind equipment. He utilizes knowledge of soil composition and tillage, plant nutritional needs, and environmental factors to produce high quality CBD for the market leader. Ray has been involved with the Stanley Brothers/Charlotte’s Web and the hemp industry since early 2014, when they came to eastern Colorado and started growing hemp outdoors.

David Smith grew up in North Central Indiana working on his family’s grain and livestock farm. There he gained experience with corn, soybeans, wheat, alfalfa, dairy, and farrow to finish hog production. He went on to attend Purdue University with a focus on crop protection, weed science, and plant pathology, earning multiple degrees: BS, MS, and PhD. His Masters focused on control of glyphosate resistant waterhemp with a potential biological herbicide. Doctoral studies focused on control of Phytophthora root rot of soybeans in the field using different resistance genes. David spent several years as a county extension educator in Indiana working with producers and consumers on crop, pest, and animal issues. He then shifted his agricultural career, joining a large seed company to work on trait development, seed treatments, and hybrid development across Indiana. He left this position to work on crop consulting and advising for precision agriculture decisions. David has also spent recent years teaching agriculture courses, selling seed corn, soybeans, and alfalfa, and farming in Northern Indiana.

In July 2019 David joined Charlotte’s Web, a leading CBD supplier in the United States, as an Agronomist and vital part of the team.